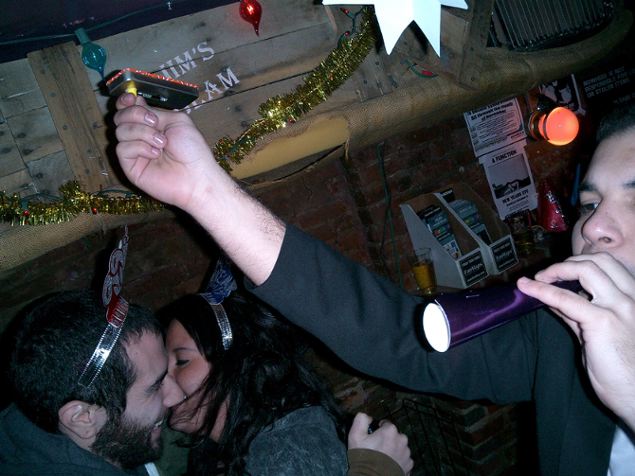 New Year’s Eve 2008–09 was spent at “A Func­tion” at Dou­ble-Headed Dis­co, Nowhere (Goo­gle group, Face­book, MySpace, Yelp, Web log), 322 East Four­teenth Street, Man­hat­tan, with Garth, Charles שת, Mara מרה, İlker and a gag­gle of new friends. One of the new friends told me I was “meant for lov­ing” and kept try­ing to embrace me all night. Unfor­tu­nately, pay­ing atten­tion to me meant tak­ing his atten­tion away from his coat which was sto­len on such a bit­terly cold night. He should have checked it with Paul, the friendly cloak­room atten­dant. More pic­tures can be viewed in my Face­book photo album “New Year’s Eve 2008–09,” as well as in DHD’s photo album, “A Func­tion—New Year’s Eve.” 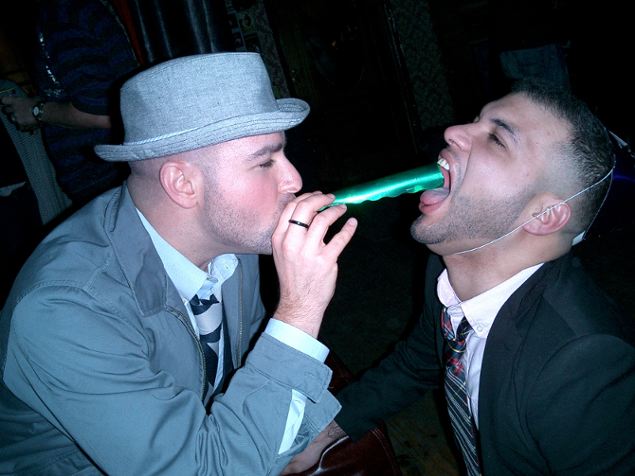 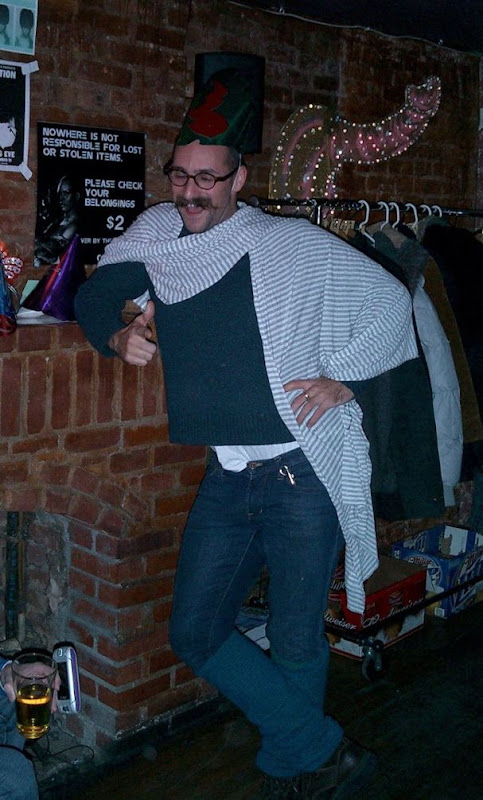 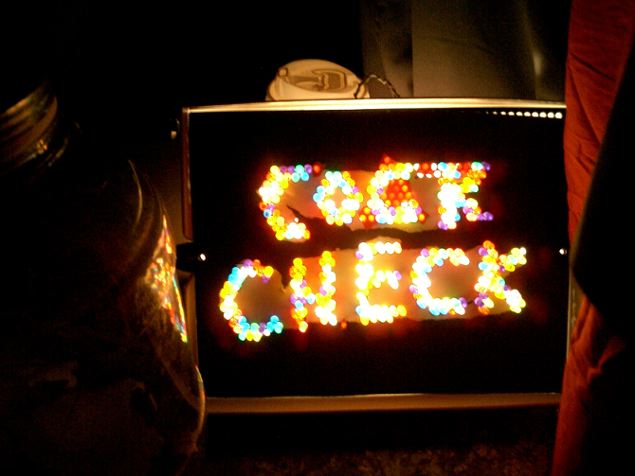 Photo: Elyaqim Mosheh Adam.A new year’s scandal! One can only assume the sign was supposed to say “coat check.”

A ver­sion of this arti­cle is repro­duced at webcitation.org/5eTPhizPV, as well as on Face­book.

Published by Elyaqim Mosheh Adam at 03:00 No comments: Links to this post 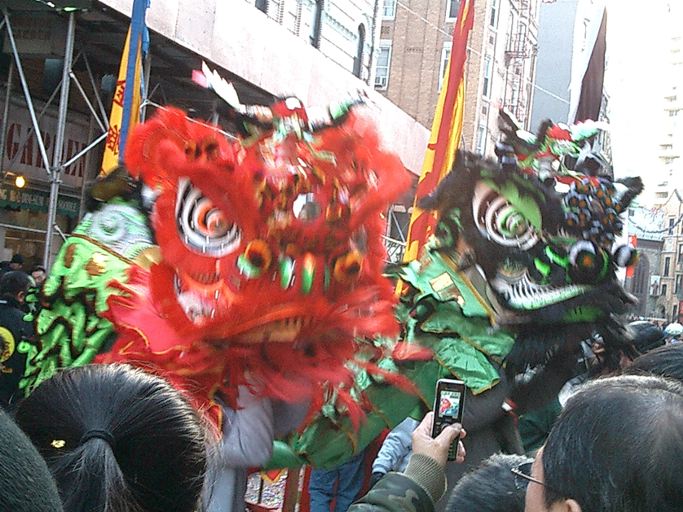 I have been a little sick recently, so I wasn’t able to get to the Chinese new year festivities until around 15:00 when almost everything seemed to have finished. However, according to About.com’s article on the subject, “The parade is expected to conclude at 3:00 pm, at which time an outdoor cultural festival will take place on Bayard Street featuring more performances by musicians, dancers and martial artists.”1 In other words, I had missed the parade but was right on time for the cultural festival, but yet I never found it. In retrospect, the festival may have been closer to Mulberry and Baxter streets, possibly at Columbus Park, but, with the exception of my walks to and from the subway station, I spent my time in Chinatown entirely on or east of Mott Street. 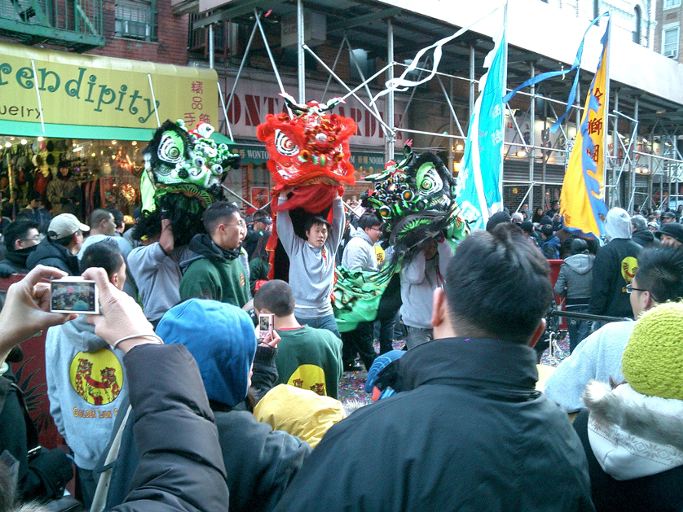 I did, however bump right into a lion dance troupe, that of 金獅團 Golden Lion Club2, that I was able to follow around eastern Chinatown as they performed in front of various storefronts and collected their extortion donations from the management. The dancers would perform in front of businesses and even enter some of them. Most of the businesses were tiny, but others were not; the lions ascended the escalator into 金豐大酒樓 Jing Fong Restaurant, and the crowd of onlookers patiently waited on the street for them to finish dancing and then come back down and continue the tour. 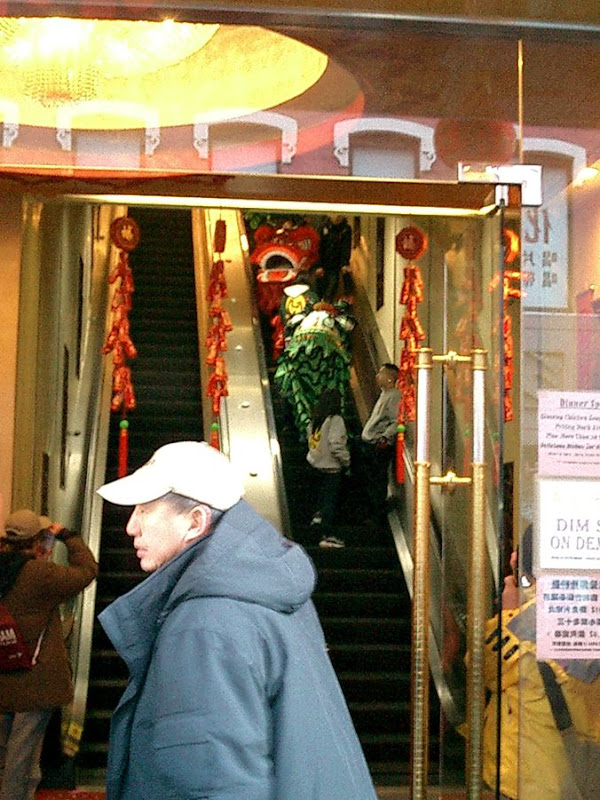 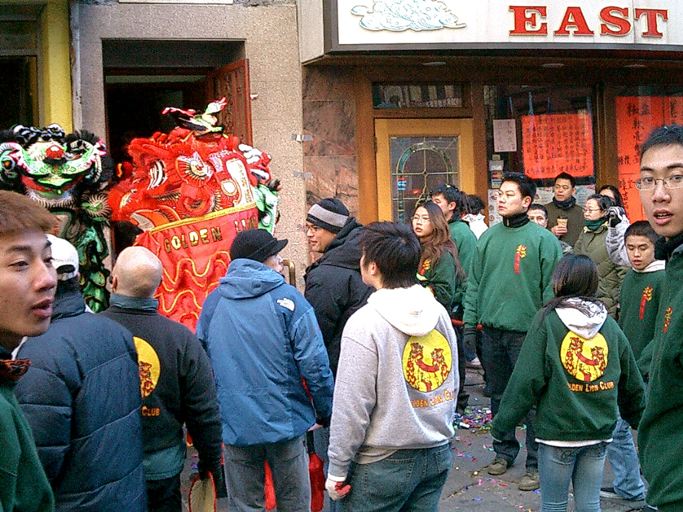 A version of this article is reproduced at webcitation.org/5eHcH3KzK.

Published by Elyaqim Mosheh Adam at 02:56 No comments: Links to this post